Too many challenges with corporate culture are down to accountability.

Let’s say you work in a medium-sized firm. A colleague you depend on has disappeared for the last week and won’t answer your emails. Then a VP from another team comes to you with a request you had no idea about. And your boss is too busy and can only book you in, in two weeks’ time. Have you “been there, done that”?

I used to once run a company like this. But I was doggedly determined to improve things. Over the last 4 years we ‘ve built a culture of accountability at SlashData. I ‘d like to share the lessons we ‘ve learned along the way, hoping that more business leaders can learn from it. We ‘ve built a culture that treats people as adults, and expects people to behave as adults.

So where do you start to build a culture of accountability?

I started by setting clear expectations of where one person’s role ends, and another person’s role starts – an accountability chart. Before the accountability chart, our roles and responsibilities were people-centric. We would first choose the right people, and then allocate them the right seats i.e. responsibilities. I realised how this was the wrong way round, after reading Gino Wickman’s Traction book, which was recommended to me by a fellow entrepreneur at EO. In what it terms the Entrepreneur Operating System, Wickman proposes a strategy of “first right seats then right people”.

That change introduced much-needed structure and clarity around people’s roles. We no longer had role overlaps, or multiple people talking to the same customer. I also found that several important roles within the company had no single person taking responsibility, and that meant that while many people were responsible for e.g. marketing, no one was accountable for it. That led to miscommunication, frustration, missed deadlines and confused customers. With fixed seats in the accountability chart, we also started to see how people could evolve in the organisation, and what career path we could offer to new people coming in. It also meant people felt much safer about their roles and responsibilities. For the history books, this is the first rendition of our accountability chart:

Today we have a clear accountability chart, where we start with the seats and then select how people will evolve from seat to seat. We also leave seats empty for future hires.

Based on the top layer of that chart, soon after I put together the leadership team, consisting of the people leading the individual teams – marketing, product, tech, and so on. Today, we have a leadership team made up of seven people, including myself, and the individuals leading partnerships, product, marketing, sales, technology and people/finance. The leadership team is solely responsible for making decisions on the company’s 3-year strategy all the way to the 3-month team goals. And my role in the leadership team is not to manage (I hate that word) , but to integrate and enable them to make timely, aligned decisions and stay true to their commitments. I prefer to “lead from behind”, helping ask the right questions, rather than lead from the front, pointing the way forward. At the leadership team, our role as leaders is to bring the best out of our people. And shine the light onto their hidden strengths and help them grow. 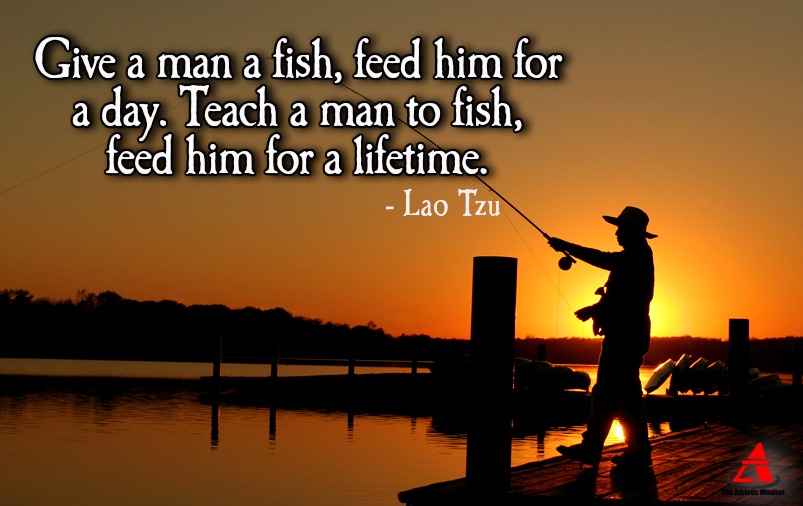 When VC-backed tech companies talk about culture, they advertise pool tables, dog biscuits, and gourmet coffee. Yet this is only at the very top of the pyramid or hierarchy of our needs at work. At the base of that pyramid are the safety and clarity of everyone’s individual role, their shared goals, and how their role contributes to the company’s short term and long term objectives. Goal setting and alignment is core not just to a well functioning remote team, but also to a sense of direction and purpose for everyone in the company.

Having set the record straight with the right seats, then the right people, I set out to create alignment. I’ ll never forget when four years ago we published a paper that was destined to be a flop; it was led by two different leaders in the company, who each had very different perceptions of what the research paper set out to do. Their individual goals were pointing in very different directions, and they hadn’t realised until I pulled them into the same room. By that time the work was wasted, but an important lesson was learned. If the goals of the people are not aligned, you ‘ll end up like a boat with oars moving out of sync, and going nowhere.

We started by getting all the leadership team in the same room and debating what we should achieve in the next year. We used Objectives and Key Results (OKRs), in what I thought was a major innovation at the time. That was four years ago. Today, our goals setting process stretches from 3-year goals for the company to 3 month goals for individual team members. I ‘ve talked a bit about how that process works here.

One important aspect of goal setting and alignment is avoiding conflicts and negative surprises along the way. For example, if the partnerships team depends on a piece of tech integration to be built, it can say so, but unless the tech team commits to building it, that is a recipe for failure. Today, every team lead in the company needs to explicitly state for which OKRs it depends on other teams, and secure that team leader’s commitment in reciprocal OKRs. That ensures we don’t have any phenomena like “I ‘m too busy with my goals and I can’t help you” type of response.

Goal setting creates alignment across the company, in a top-down fashion and is a key ingredient of an accountability culture.

We treat everyone as adults, including the leadership team, expecting each member to propose and then commit to shared goals. And see these goals to fruition. We still use OKRs to transcribe our goals, but only as a form of notation. OKRs are not a process, they are the syntax of setting goals, making sure that you know where you are going, you can check if you ‘ve taken the right steps towards that direction, and that you are transparent about it. We also track OKRs every week at the leadership team level, expecting every team lead to be transparent about whether a goal is on track, falling behind, or at risk of failing. Early warnings are always better than late surprises.

In fact, the very reason I’m writing this blog post is that I ‘ve committed to it in the eyes of the leadership team, and I don’t want to let them down. Oh, and I love working on our culture, and helping other entrepreneurs build theirs.

Which country are you working from today?

One of my colleagues is a traveller. She could be visiting friends in Poland this week, and then seeing her family in Lithuania next week, before returning to her home in Athens. While most tech companies would expect her to be working from a fixed seat at a fixed desk, in a glamorous building made of steel, concrete, glass and sprawling with teak furniture, we expect her to be accountable to her goals and work from wherever she feels comfortable.

Another colleague often works from Antiparos, a greek island where her husband runs a coffee shop. We used to be skeptical when people asked to work from home, but now we actually prefer that people work from wherever they feel most comfortable, as long as they are accountable to their goals, and are available at a time zone that their colleagues can communicate with them. We trust and respect our team, they are here because they want to be, not because they have to be – and we trust them to be capable of managing their own time and place of work. 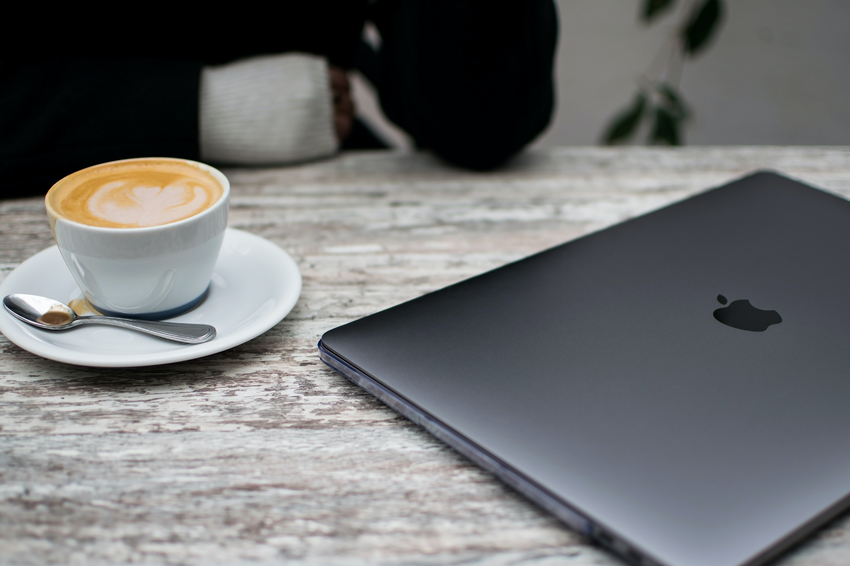 I know where you were last week

Not too long ago I used to rely on ad-hoc, infrequent meetings with my direct reports. It was the time before my divorce, when I spent practically every night waking up to attend to my younger son who hated sleeping in his own bed. Those sleepless nights, over several years, ended up destroying my memory, a causal effect I only discovered much later in life. At work, I was often teased for not remembering what we had agreed only the week before.

Thankfully, at EO, I served on the board of a friend entrepreneur who was passionate with structured meetings (admittedly, in an OCD kind of way). Soon after I saw the benefits of turning all my work meetings into a variant of the level-10 meeting agenda, with clear accountability for past actions, and put those meetings in motion at a fixed time and date of the week. A fixed day/time of the week has numerous benefits as described in the Effective Manager book, notably accountability, predictability, but also a sense of safety that your team’s concerns and issues are being addressed in a timely manner.

Today, almost every meeting we run at SlashData is recorded in a Google Doc, where we can easily scroll down to track past actions, and hold people accountable for what they committed to in the previous week. A key component of that agenda is the Parked Issues, where, during the days leading up to the meeting any participant can raise an issue to be discussed. That means, instead of interrupting their colleagues for important but non-urgent issues, those issues will get the quality time they deserve, and the attention they need to be resolved and translated into actions.

With level-10-like meetings, accountability happens as a natural byproduct of the meeting process. We expect people to behave like adults and deliver on the commitments they ‘ve made, and we treat people as adults, checking in once a week, and getting the hell out of their way all other times.

As the company was growing, we had to put a lot of thought and planning into onboarding new employees. To start, we had to learn from our mistakes. I “fondly” remember one of my colleagues recall how she found her “new” laptop having breadcrumbs the day she joined. Thankfully, we ‘ve come a long way since then. It’s not just the equipment, the IT setup, the induction tour, or the personalised welcome pack that each new starter at /Data receives. Each person that joins is immersed into our culture one step at a time.

The first 6 months, or 182 days, is the introductory period. A new starter is assigned a buddy, a person who will guide them through how things work here, and help them find the right person, or the right information. In addition to the standard weekly 1-2-1’s, the manager will also check-in with the person at the end of the first month, then at 3 months, and then at the end of six months, to see how they are doing, whether their initial expectations matched up with the role in practice, and any additional support they may need to meet the expectations that were set out in the job description (borrowing from the TopGrading methodology). That way, the new starter is introduced to the culture of accountability, while the hiring team makes sure we can take out any obstacles, and help the new hire succeed.

Treating people as adults is making them responsible for their own goals, where they work, giving them the tools to succeed, and taking all the obstacles out of the way is part of our culture at /Data.

We ‘re on a long journey to build a role model of a culture, one brick at a time. Join us.